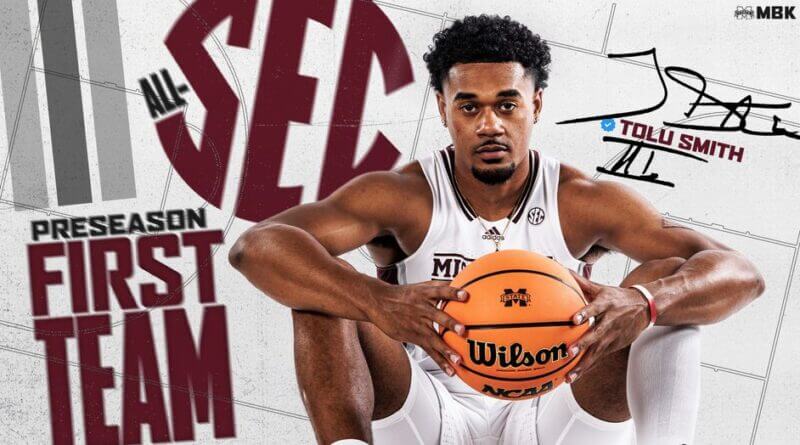 Smith has started 50 of his 51 career appearances in the Maroon and White where he has amassed 675 points, 390 rebounds and connected on 57.4 percent of his field goal attempts. He has piled up 36 career outings in double figures, 13 double-doubles and registered seven of his nine outings of 20-plus points versus SEC competition.

Smith finished the 2021-22 campaign on a strong note where he pumped home 19.0 points and 7.6 rebounds per contest over State’s last seven games. He amassed four performances of 20-plus points and a trio of double-doubles over the seven-game run.

Smith was the SEC’s rebounding and double-doubles champion in 2020-21. He provided 12.5 points and 8.5 rebounds per game as a sophomore.

In five days, the Bulldogs will open its 2022-23 campaign and play their first game of the Chris Jans era versus Texas A&M-Corpus Christi (Nov. 7 – 6:30 PM – SEC Network+), a 2022 NCAA Tournament participant from the Southland Conference, at Humphrey Coliseum.