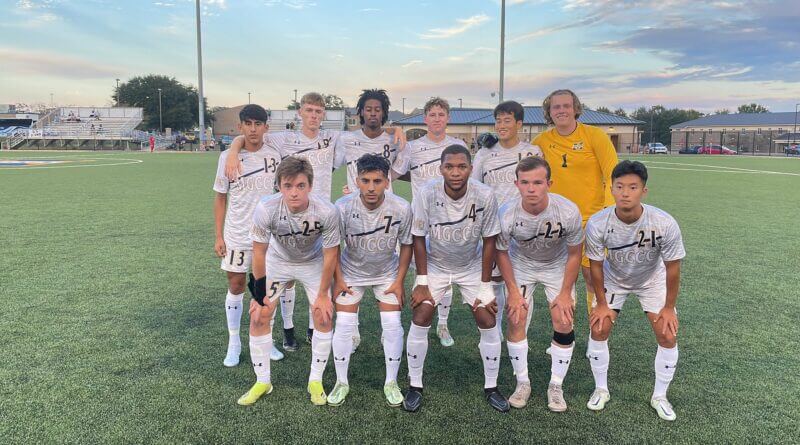 Mississippi Gulf Coast Community College men’s soccer got back on the winning foot Tuesday night at Bary Thrash Field, and the Bulldogs did so in a big way.

They blasted Northwest Mississippi 7-0, and did it with 11 different players registering goals or assists. Brycen Phillips (So., Wiggins/Stone ) was the only one with two, notching one of each.

“We got three points, most importantly,” Gulf Coast coach Chris Handy said. “We’re still trying to host a playoff game, so I’m happy everybody got to play. I’m happy we got some goals, but there’s still a lot to clean up. We have 10 days to get ready for Jones.”

Phillips (So., Wiggins/Stone) and Hyungjoon Lee (So., Suwon, South Korea/Dongbuk) scored after the break, and Phillips set up Shamar Hopkins (So., Jackson/Jim Hill) for a beautiful goal curled under the crossbar for the extra point.

The Bulldogs will be off from game action for more than a week. They travel to Ellisville to play Jones on Oct. 14. Kickoff is set for 7 p.m.