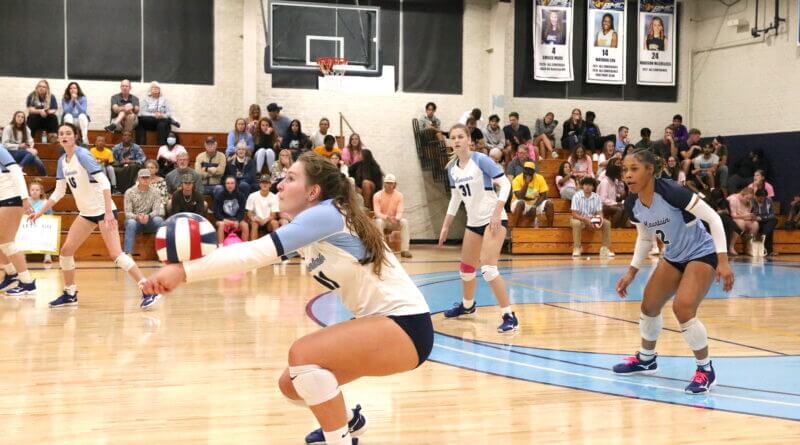 (Box Score) Blue Mountain is starting to put some space between themselves and other SSAC programs, as the Volley Toppers swept SSAC foe Faulkner Friday 25-10, 25-10, 25-16, upping its winning streak to nine games.

The match was never really a contest, as Gigi Sasso (SR/Porto Alegre, Brazil) would lead the Volley Toppers with a double-double at 16 digs and 10 kills at a .290 clip.

Anna Lucas (SR/Athens, Ala.) led with 23 assists and Jaiyah Jackson (SO/Alexander, Ark.) added 17 digs in the blowout for Blue Mountain.

Blue Mountain put together 10 blocks on the defensive end, getting three from Tori Walker (SR/Florence, Ala.) and two assisted each from Skyler Benson (SR/Priceville, Ala.), Randi Crandall (JR/Portales, N.M.) and Kaytie Rutland (JR/Ocean Springs, Miss.).

BMC continued to add to its nation-leading service game, rattling off 10, led by Lucas and Benson with three each.

“We played well tonight, and everyone contributed,” BMC head coach Reid Gann commented.  “This is the time of year when every game counts inside the conference, so I’m really pleased with how our ladies are preparing for each one.  It was another solid night for us.”