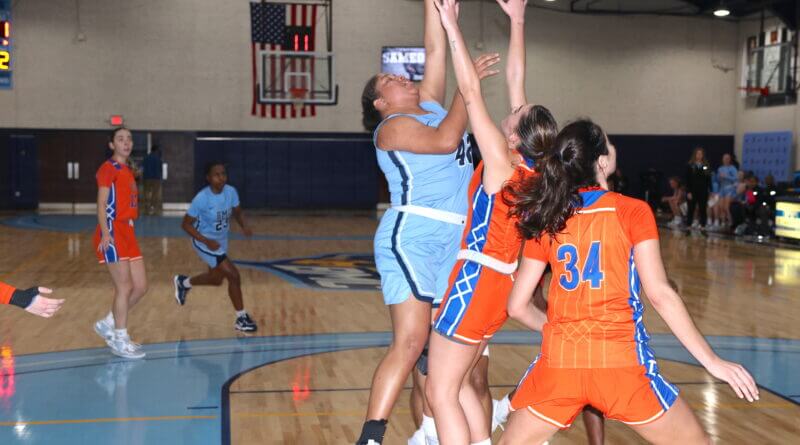 The Blue Mountain Christian women’s basketball team hopped back into the win column Thursday with an SSAC victory over Talladega 76-70,

The victory snapped a four-game losing streak for Blue Mountain, giving the Lady Toppers their second win over Talladega this season.

It looked like it would be a blowout for Blue Mountain as they would go up as much as 21 points on the Tornadoes, but Talladega would melt the lead and eventually make it a two-point game at 61-59 in the fourth.

Alexis Wynn (SR/Adamsville, Tenn.) got in on the fun with 14 points and four boards for Blue Mountain, while the entire team filled it up at 53 percent shooting from the field.

A 26-point second quarter outburst by Blue Mountain would give them a 47-26 lead at the break.

Blue Mountain would also control the rebounding game, winning it 32 to 29 while getting 25 points from the bench.

“It was a great team effort tonight,” BMCU head coach Tracy Rice said.  “We shot the ball well and got after it on the boards.  I was proud of how our ladies handled the pressure when Talladega made their run.  It’s a good win to get on the road.”

BMCU (10-8, 3-7 SSAC) will look to make it two straight as they head to Stillman Saturday in Tuscaloosa, Ala. with tip set for noon.