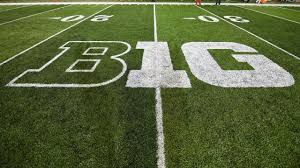 The first major domino of the 2020 college football season has finally fallen.

The Big 10 voted today by a 12-2 vote to cancel their college football season this fall.

After the Mid-American Conference, or the MAC, cancelled their fall football season, the pressure began to build on the Power 5 conferences to make a similar move.

More importantly, no conference wanted to be the first or last to make the decision to cancel football. However, the Big 10 has officially bit the bullet and made the decision to end all hopes of a Big 10 fall football slate.

The official vote came in at 12-2 in favor of postponing the season. The tally stood at: