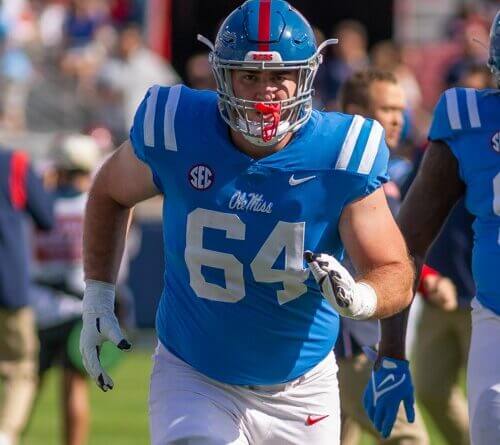 A Rebel has earned an SEC honor for the first time in the 2022 football season.

Offensive Guard Nick Broeker was named the SEC Offensive Lineman of the Week by the Southeastern Conference Offices after the Rebels dominant 42-0 victory over the Georgia Tech Yellow Jackets on Saturday.

Broeker, a senior, helped lead the Ole Miss front to their most impressive performance of the season by anchoring a powerful rushing attack that garnered 316 yards on the road in Atlanta. Along with the yardage, all six Rebel touchdowns came on the ground.

The 42-0 victory was the largest margin of victory by the Rebels over a non-SEC Power 5 team since 1950.

The senior guard and the Rebels are back in action on Saturday as they host Tulsa for a 3:00 p.m. kickoff.