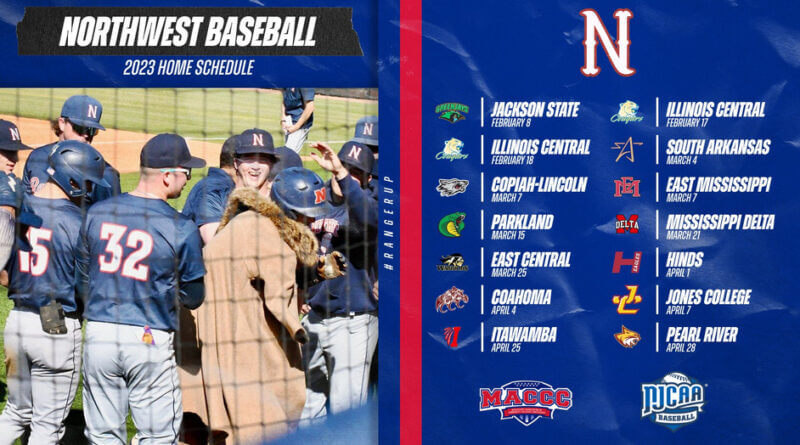 Carson closing in on 500 career wins

Jim Miles Field will soon be buzzing with life once again, as the Northwest baseball program gears up for another exciting season on the diamond.

Northwest coach Mark Carson has confirmed the Rangers’ upcoming 2023 schedule, which begins Wednesday, Feb. 8 with a home-opening doubleheader against Jackson State (Tenn.) at 1/4 P.M. In all, Northwest has 13 home dates that dot the season schedule, including a three-game series with Illinois Central from Feb. 17-18 and a round-robin format against Copiah-Lincoln and East Mississippi on Tuesday, March 7.

Carson enters his 18th season at the helm of the Rangers’ program after serving as an assistant coach under Donny Castle from 1998-2005. The Independence native now boasts a 479-315-2 all-time record and a 253-134 mark against former MACJC North Division and current MACCC opponents. He is the second-winningest coach in program history, closing in on the record 556 victories earned by legendary coach Jim Miles from 1976-97.

Further information, including preseason rankings and an extensive season preview, will be released in the coming weeks on nwccrangers.com. All home games will be carried on Ranger TV (nwccrangers.com/watch), unless otherwise noted.

Click here for the full 2023 schedule. (All dates, times and opponents are subject to change.)