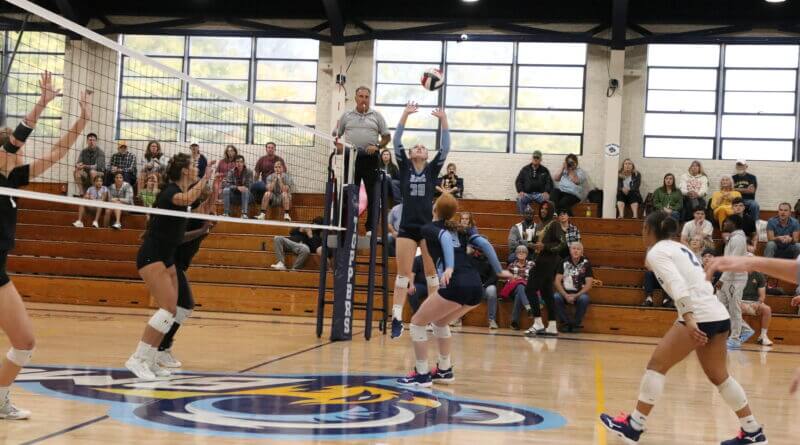 The Toppers are on fire at the moment, rattling off 10 wins in a row and nine straight inside the SSAC.

Taylor Wright (SR/Huntsville, Ala.) would have 13 kills at .312 for Blue Mountain, but the big story was how well the Toppers dominated at the net.  Tori Walker (SR/Florence, Ala.) would shut down the Mobile offense with six blocks, four solo and two assisted.  She also had eight kills for her team.

Skyler Benson (SR/Priceville, Ala.) joined in at the net with three assisted blocks and Anna Lucas (SR/Athens, Ala.) had also had an assisted stuff.

Lucas would also pass out 34 assists in the match with three service aces, while Jaiyah Jackson (SO/Alexander, Ark.) had 19 digs and Gigi Sasso (SR/Porto Alegre, Brazil) had 11 with seven kills.

“We did a really good job around the net today,” BMC head coach Reid Gann said.  “Mobile is an outstanding team, and I was very pleased with how our blockers held them in check.  We’re still playing at a high level and it’s always great to get a win this big.”

BMC (22-2, 10-1 SSAC) is currently in first in the SSAC standings and have a week to get ready for Stillman next Saturday in Blue Mountain.  Game time is set for 1 p.m.