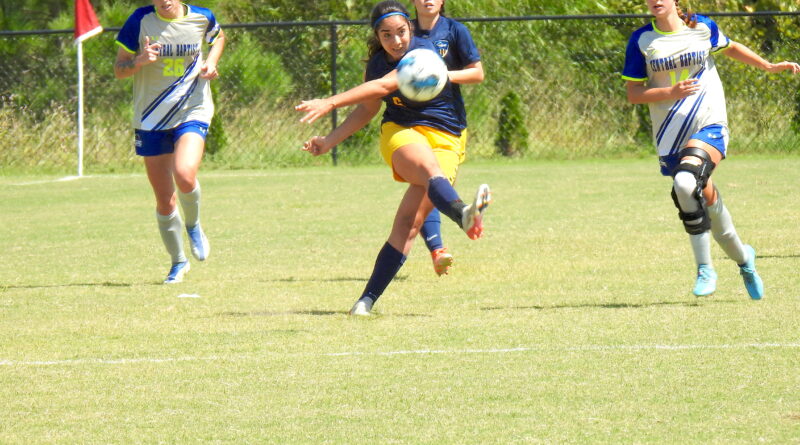 Mobile would get the opening goal on a score by Raegan Latiolais at 22:39 of the first period, but Blue Mountain answered with a goal 10 minutes later by Anna Comas (FR/Sant Vicenc de Montalt, Spain) unassisted.

Blue Mountain would take the lead for good at 53:08 on a goal by Tatiana Kimura Mayumi (FR/Sao Paulo, Brazil) on an assist from Annabel Trauschke (FR/Amsterdam, Holland).

Mobile tried to make it a game and would get its second goal at 81:37 on a netter from Sophie Roberts, unassisted.

Madison Zamudio (JR/Mansfield, Tex.) scored at 71:07 for the Toppers to finish off the Rams.

“I’m really proud of our girls and how they got after it today,” BMC head coach Lauren Lear said.  “It was crucial that we came out and played well.  Our defense was solid all game, and I thought we looked good all the way around.  Hopefully, we have done enough to get into the playoffs.”

BMC finished the regular season at 7-8-1 overall and 3-5 in SSAC play.  The Toppers await their playoff destiny as Dalton State takes on Middle Ga. St. to determine whether Blue Mountain gets the No. 6 spot in the SSAC Championship Tournament in which they would travel to Life or Faulkner in the opening round.